With life expectancy at an all-time high, more women are dealing with the skin concerns that accompany and follow menopause—including dry and thinning skin, wrinkling and laxity—for a longer period than ever before. Whether due to the sheer number of postmenopausal women (typically, menopause affects women 51 years old, but the process of estrogen depletion can start years before and stretch well beyond) or increasing calls for inclusivity in the beauty industry, postmenopausal skin care is becoming a thing. Better Not Younger, for example, caters to the hair care needs of women over 45, Pause-Well Aging offers skin care products as well as hot flash cooling mists, and Korres recently launched Meno-Reverse, a line specifically targeting menopausal women.

A 2019 AARP poll of nearly 2,000 women in the U.S. suggests women in this age group are eager for more: Roughly half of them (52% of Boomers and 40% of Gen X) said they didn’t feel like the beauty industry creates products with them in mind. Seventy percent of Boomer and Gen X women said they would welcome beauty and self-care products that specifically addressed perimenopause and menopause concerns.

“Younger women will have some wrinkling and textural changes, but nothing as marked as when you hit menopause,” says Freya Meyer, MD, FAAD, a dermatologist with the Dermatology Institute of Boston. “The drastic drop in collagen and seemingly overnight decline in facial appearance—a loss of elasticity that can make you look sunken—is jarring for a lot of women.”

Despite a well-supported link between estrogen and postmenopausal skin concerns, there has been a lack of products and treatments formulated to address postmenopausal skin specifically. One reason is that the Women’s Health Initiative study, published in 2003, noted a significant link between women who had undergone hormone-replacement therapy (HRT) and an increased risk for breast cancer and stroke.

Concerns about cancer risk have made physicians leery about recommending topical estrogen to treat aging skin, despite its proven efficacy. A research review published in the International Journal of Women’s Dermatology (June 2019) compared the efficacy of topical estrogen with isoflavones to address aging skin concerns in postmenopausal patients. The authors found that, “although studies have shown the beneficial effects of both topical estrogens and isoflavones on skin aging, the biological potency of isoflavonoids is significantly inferior to that of synthetic estrogens.” In a 2009 study by Moraes, et al, for example, 88% of subjects reported seeing improvements in their skin’s appearance after using the estrogen product versus 50% with an isoflavone product (Eur J Obstet Gynecol Reprod Biol 2009;146(2):188–92). The researchers did not note any resulting negative health effects but wrote that more research is needed to support the safety of topical estrogen for cosmetic use.

“Estrogen may improve symptoms, but it does increase the risk for cancer and can go systemic,” says Tess Mauricio, MD, FAAD, founder of M Beauty Clinics in San Diego and Beverly Hills, California. “Women with a family history of cancer won’t be able to use estrogen topically.”

Skin ages due to both intrinsic and extrinsic factors. “It has been well documented that some people are considered to be ‘super agers,’ while others show signs of wrinkling at early ages,” says Joshua Zeichner, MD, a board-certified dermatologist in New York City. “It’s impossible to identify a single causative factor in skin aging because there are so many pieces to the puzzle.”

However, estrogen depletion has the most scientific backing. “Estrogen has been shown to play a role in stimulating collagen production and maintaining a healthy skin barrier,” says Dr. Zeichner. “We know that during menopause, as estrogen levels decline, collagen levels in the skin decrease and the skin becomes dry.”

Studies have shown that women experience as much as a 30% loss in skin collagen in the first five years of menopause. “Estrogen plays a role in the health of all of our tissues, to retain moisture and help support skin thickness,” says Dr. Mauricio.

In addition to dryness, crepeiness and dullness, postmenopausal skin can have larger pores than in years past as well as hormonal breakouts. Despite the many symptoms and obstacles to treatment, change appears to be on the horizon. Following is an overview of the most effective topicals to address postmenopausal skin concerns as well as new actives coming to market:

Retinoids. “Retinoids are one of the only molecules proven to increase collagen production,” says Dr. Meyer. As oil production in the skin decreases post-menopause, women might not be able to tolerate the same percentage of retinoid as when they were younger. If your patient experiences redness or peeling, try a lower concentration retinoid or an over-the-counter retinol, she says. Patients also can dilute the prescription-strength retinoid with a moisturizer or cut back to twice a week rather than daily use.

“I recommend retinol around the eye rather than a prescription-strength retinoid because the eye area has the thinnest skin on the face and therefore is more sensitive,” says Dr. Meyer.

There are also over-the-counter drugstore retinols that work quite well, says Beth McClellan, MD, chief of dermatology at Montefiore Medical Center and associate professor at Albert Einstein College of Medicine. She recommends adapalene-based Differin, which is available without a prescription, to her postmenopausal patients because it is effective yet less irritating than prescription retinoids.

Isoflavones. Isoflavones are phytoestrogens; soy derivatives with estrogen-like effects that have shown promise in treating postmenopausal skin. “There is some conflicting data, but the consensus is that they do help,” says Dr. Meyer. “The molecules mimic the effects of estrogen in skin but are not an actual hormone. They’re not as effective as estradiol, but they can improve upon some laxity, dullness and dryness.”

Isoflavones. Isoflavones are phytoestrogens; soy derivatives with estrogen-like effects that have shown promise in treating postmenopausal skin. “There is some conflicting data, but the consensus is that they do help,” says Dr. Meyer. “The molecules mimic the effects of estrogen in skin but are not an actual hormone. They’re not as effective as estradiol, but they can improve upon some laxity, dullness and dryness.”

Topical methyl estradiolpropanoate (MEP). Methyl estradiolpropanoate (MEP), a cosmeceutical “soft drug” claiming to affect tissues locally in an estrogen-like way without increasing the risk for cancer, is the active ingredient in Biopelle’s Empelle line. In a 14-week placebocontrolled study, published in the Journal of Drugs in Dermatology (November 2018), MEP induced statistically significant improvement in skin dryness, laxity, atrophy and dullness as compared to vehicle.

Vitamin C. According to a study published in the Journal of Clinical and Aesthetic Dermatology in July 2017 that reviewed the use of topical vitamin C, it not only is one of the most powerful antioxidants in the skin, vitamin C also has been shown to protect against photoaging, ultravioletinduced immunosuppression and photocarcinogenesis. Perhaps most pertinent to postmenopausal skin, this versatile active also increases collagen synthesis, stabilizes collagen fibers and decreases collagen degradation.

“Topical vitamin C is important as an antioxidant to prevent damage to the skin and collagen, and there is good data behind its use in skin care,” says Dr. Meyer.

De-Ironizing Inducer (DII) technology. One of the most recent entrees in the arena of postmenopausal skin care is an active that targets excess iron in the skin. Xi Huang, PhD, founder of FE:I Beauty Tech and former researcher at the New York University (NYU) School of Medicine, has studied the effects of excess iron in the body for decades, and says it appears to be a significant factor in causing postmenopausal skin symptoms.

“Cosmetic scientists know about the role of iron in skin aging, but we haven’t had a solution for it. That’s why no one talks about it,” he says.

The body takes in iron in the form of food or supplements and excretes it in two ways: menstruation and skin peeling, says Dr. Huang. Once menopause hits and women stop menstruating, they lose one of the key pathways to rid the body of excess iron, which causes oxidative stress.

Ferritin, a protein, works like a basket to hold iron in the body, including in the skin, says Dr. Huang. Based on his research, he developed a topical containing ascorbate as a reducing agent to reduce and release iron from ferritin and a water-insoluble calcium carbonate that acts as a clearing agent to remove it. By preventing, or pre-empting iron in ferritin, the skin has a much stronger ability to both repair damage done and prevent new damage through free radicals, Dr. Huang says.

A 1999 study, “Ultraviolet A radiation induces immediate release of iron in human primary skin fibroblasts: the role of ferritin” by Charareh Pourzand, et al, published by the National Academy of Sciences, found that UVA causes ferritin to break down and release “free” iron, which contributes to the creation of damaging hydroxyl free radicals.

The idea behind DII is to remove that iron before it is exposed to UVA, thereby preventing free radical damage. “Once iron is released and removed, cells don’t react to UVA rays,” says Dr. Huang. “That’s key: Without iron, there wouldn’t be a negative impact on skin.”

Clinical trials for FE:I Beauty Tech’s products, coming to market this month, showed that after 42 days, researchers saw a 64% improvement in fine lines, 60% improvement in the appearance of wrinkles and a 62% increase in skin firmness. One hundred percent of study participants noted that their skin seemed more hydrated, clearer and their pores looked smaller.

Hyaluronic acids. Hyaluronic acids are effective hydrators for all age groups, says Dr. Meyer, because they attract water. “They don’t necessarily increase collagen, but they do plump the skin,” Dr. Meyer says.

According to Jones, SkinMedica’s HA5 Rejuvenating Hydrator is a must for mature skin. “Because hyaluronic acid is a humectant, it leaves skin more hydrated and improves elasticity,” she says.

When it comes to providing effective home care regimens that will help slow and reverse the changes seen in skin during and post-menopause, a combination of actives is the ideal choice. “Ideally, it is best to attack skin concerns from more than one angle, and target them in a more personalized way,” says Dr. McClellan. “A woman without a lot of photodamage and a woman with significant photodamage need different things, even if they are both dealing with menopause-related skin changes. It’s a matter of diagnosing each issue separately and using active ingredients that work in different ways, or maybe even synergistically.” 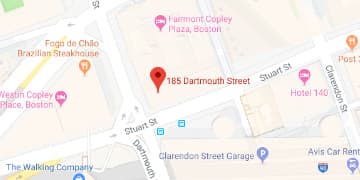 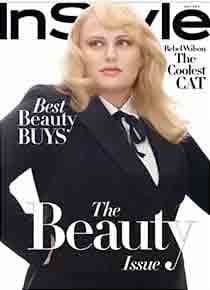 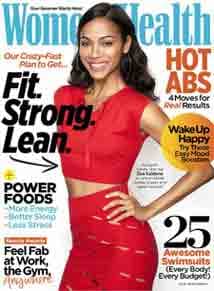 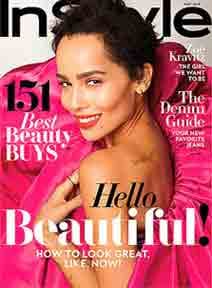